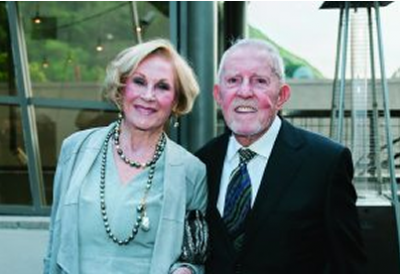 Merriam-Webster defines “philanthropy” as “goodwill to fellow members of the human race, especially an active effort to promote human welfare.”

Americans in particular know what philanthropy means. In 2016, American individuals, estates, foundations and corporations contributed an estimated $390.05 billion to U.S. charities, according to Giving USA 2017: The Annual Report on Philanthropy—a record amount.

Locally, the OC Chapter of the Association of Fundraising Professionals has been producing a National Philanthropy Day luncheon for more than 30 years, and has honored more than 1,000 people.

“If you ask why we are doing this, it’s part of our social fabric,” explained Freeman, who noted that if you look back through our history as a country, everybody did things to help the common good. “We make personal choices about how best we can impact our community. Sometimes it’s as broad as wanting to help the entire nation, sometimes it’s simply helping one child. We all have different ways of prioritizing the greater good.”

Some of those ways will be on display when philanthropists, business leaders and individuals come together for the 32nd annual National Philanthropy Day Awards Luncheon on Thursday, Nov. 16 from 11:30 a.m. to 1:30 p.m. at the City National Grove of Anaheim.